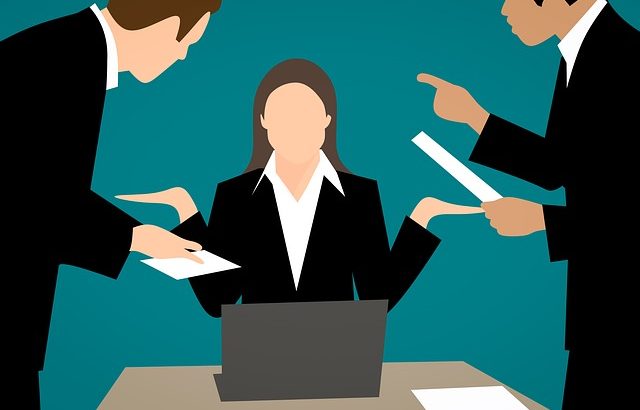 Are you a manager who struggles with managing your employees? Just sit back and read along.

It is believed that meeting targets is the only complicated task today’s managers often encounter. However, the very difficult tasks managers face today often relate to managing people and optimizing the work environment to foster best performance from employees. These tasks range from prioritization of tasks and time management; to team-building; decision-making; and managing a multigenerational workforce. In essence, the role of a manager is multi-dimensional.

Similarly, some managers undergo limited training in managing people, which is a prerequisite to successful employee relation. What’s more? Several managers lack the values, sensitivity, and awareness required to communicate with people effectively. Regardless of your current status as a manager (whether desiring a career in management or already practicing); it is crucial for you to be equipped with adequate knowledge of how to carry out your duties effectively. Here, we have highlighted 10 common mistakes managers make while trying to manage their employees.

Micromanaging is the syndrome of wanting to control every part, however small, of (an enterprise or activity). It is perhaps the most common mistake managers make, and it seems to be prevalent amongst new managers. They often feel the need to exercise their veto powers and establish themselves as the boss. In other words, they engage in micromanaging to feel in control. Although employees might fail to react physically from the fear of being laid off; no one enjoys being micromanaged. More importantly, micromanaging is a fast way to turn employees against you. Instead, you should set goals and deadlines, and delegate roles to your employees. However, employees should get to determine by themselves how assignments would be carried out.

Managers often have tight schedules day-in-day-out, that they get so wrapped up in their own workload and don’t make time for their team. It is true that the organization’s success rests solely on you as a manager. However, it behooves you to understand that you are not alone. With the contribution of your team, the organization’s goals can be attained swiftly. In other words, you should be sure to make yourself available to your team members. Furthermore, you should develop your emotional intelligence so that you can be more sensitive to your team and their wants. Once you attain a leadership or management role, your team should come first above anything else. This is, at heart, what good leadership is all about.

It’s a wrong assertion to believe that money is, or can solve everything. If you’re fortunate enough to have a mutual relationship with your team, you would likely find out that money isn’t the only way to motivate them. Sometimes, it might even be the wrong move. As a matter of fact, engagement and acknowledgement of hard work have been proven to motivate employees. Being calm and patient are traits a manager must exhibit at all times – even at those times when the whole organization is nagging. A manager’s attitude can determine whether people feel anything from motivated and relaxed, to pressured and tense. The mistake some managers make is reacting with emotion to the actions of those they lead. Whether it’s in reaction to a below-par work; an opinionated comment; or even an irritating attitude of a team member; managers are consistently faced with the issue of maintaining composure and solving every situation in a fair, calculated and professional manner.

It is significant to reflect on the environment you would like to breed, and to be an example of that environment. This way, others can get acquainted with its merits and buy into the associated behaviours.

For some, it is common sense to solve problems as they appear. However, this reactivity and can be at your peril if not carefully tackled. Often, new managers make this mistake. They “overdo” in an attempt to be accessible to their team. They work long hours and respond to crises immediately, instead of chilling to think strategically about what to do and focus on what’s most important. In all honesty, this act might earn the immediate approval of your team. Howbeit, it is important to be aware that misdirected action will be detrimental in the long run.

On many occasions, managers want to appear as friendly and approachable to people in their team – especially if they just got hired. This is usually based on the thought that people are more productive working for a manager they can get along with. As interesting as this might sound; sometimes, you might have to take tough decisions regarding people in your team. Even more, some people would be tempted to take advantage of your relationship if you’re too kind to them. The bottom line is that while you socialize with your people, you should endeavour to create a balance between being a friend and being the boss.

When your team doesn’t have visible goals, they just muddle through their daily activities. There can be an adverse effect on performance rate if employees have no clue what they’re working for, or what their work means. As a manager, you should avoid this error by setting clear and visible goals for your team.

Many managers refuse to delegate on the basis that the employee would under-perform. This can be risky, not only to the organization, but to the state of your health – as you could become stressed and worn out. Delegating takes a lot of effort up-front and it can be scary to rely on your team to do the work effectively. Either way, unless you delegate, you never create time for other responsibilities. More significantly, you would have successfully failed to develop your team members if you do not assign tasks to them.

Breaking regulations may be deliberate or the other way round. For instance, managers may be aware of policies regarding racial or sexual discrimination; but may not think about the comments they make that could be viewed as sexiest, racist, or in line with any other type of discrimination. However, such statement(s) could erupt problems. In essence, you should be aware of policies guiding your industry. Also, you should be aware of such questions you can and cannot ask during an interview – especially when it comes to personal information.

There’s no manual on how to handle people problems, especially problems such as trying to win over new reports or managing former peers. It can be uncomfortable to address problems. But anytime issues like low performance or ill behaviour arise, you should be sure to address it immediately with the employee in private, and probably consult with HR for advice. As a manager, you should calmly and carefully explain issues, and ask the employee how they can help solve the problem and create a concrete improvement plan. You should be firm. But in the same vein, you should be deliberate enough to show that addressing the issue is in the employee’s best interest.